When I look into the mirror I desire to see myself the way You see me. I have fallen away, my eyes have been deceiving. What I see, I have not liked. What I have seen, I have not loved. My self-image, distorted it has been and feeling down, has risen. Tempted to lash out about my body, but You have held my tongue and are helping me get back on track. You line things up perfectly, today is a new day. I see things differently. I acknowledge that alone I cannot do this, it was proven when I first began…

…when I feel otherwise. This last week, I did not workout. I let my body have its way… not to mention it also had what it wanted to eat. It’s like my mindset was reverting back to how it was last year. Something was taking over and bad habits were returning.

The bad habit of lashing out about how I look and about my body. To be honest I was feeling, “fat.” I was starting to see myself that way and I was beginning to feel how I used to… angry and disgusted.

Such attitude and so much self-hatred doesn’t come from God, it comes from the enemy whos sole purpose is to steal, kill and destroy the creation of God; which is you and me. Now a days it’s through body image. Through food.

Yes. You may be wondering, how?!

Last year, in March, I was the heaviest I have ever been. I was depressed. I was so self-conscious and very insecure about my body. When I looked into the mirror I saw nothing but bad things and I spoke nothing but bad things about my body. The way I felt was bad. I felt fat. I felt gross. I felt so uncomfortable. I had no confidence, what so ever. I felt like I was in some kind of trans. Inside I felt angry. I felt disgusted every time I looked into the mirror.

I had no energy to do anything. I wasn’t enjoying my husband and all I wanted to do was stay in bed because of feeling sick and always in pain.

I once heard a testimony of a woman who had so much trouble losing weight. She said that she felt like demons were keeping her bondage. Until one day she cried to God and those chains broke and once they did she started losing weight.

“Diets only last as long as your motivation to do it is, but a lifestyle is what lasts.”

So when I say it’s a Spiritual Battle, it is. There is an enemy that is trying to destroy people. And if you look closely, it’s by the food the people are consuming. More processed food. More sugar added. More preservatives…etc.

We wonder why we can’t lose weight. We wonder why there is a huge outbreak of child obesity… it’s what we have been putting into our bodies.

I learned that I have a gluten intolerance. That’s the reason I was always bloated. The very reason why I always felt tired.  I am slightly lactose intolerant. That’s the reason why I always had stomach problems and always felt nauseous. Recognizing these things have helped me lose weight and take better care of my body. I have learned how to better nurture it, LOVE it and give it what it needs.

Of course, habits had to be broken. It wasn’t easy, because I had been used to certain foods for so long. I was “addicted.” -Stephanie

Last week, when my friend David Lugo was here, we were talking about his transformation. He was sharing that it was hard for him to let go of what he was used to eating. His body was going through withdrawals and that his body would shake and tremble, like a drug addicted getting cleaned. I believe it.

He also shared that he had gained a lot of weight and that his health was starting to fall. He changed his lifestyle. It is a Spiritual thing. It’s a battle.

I say that because, our bodies are temples of the Spirit. Our bodies are used for God’s purposes. So if the enemy can keep our body sluggish, sick and so on, we cannot fulfill what we have been called to do; jobs, ministry, etc.

QUESTION: Have you ever felt like you didn’t want to do anything, especially after the food you ate?

Choosing Not To Eat The Kings Food

The story of Daniel and the three men. I was reminded of this story because it confirms what I have been saying. Nowadays the “kings food,” is the junk we eat. It’s the rich foods, the processed foods, the salty and sugary foods. The very foods that are harming the people, rather than strengthening them.

The king of this world is Satan, whether you want to believe it or not. His foods are fast foods, junk foods, processed foods, salty, sweet… etc.

Daniel 1:8-17 New Living Translation (NLT)
But Daniel was determined not to defile himself by eating the food and wine given to them by the king. He asked the chief of staff for permission not to eat these unacceptable foods. Now God had given the chief of staff both respect and affection for Daniel. But he responded, “I am afraid of my lord the king, who has ordered that you eat this food and wine. If you become pale and thin compared to the other youths your age, I am afraid the king will have me beheaded.”
Daniel spoke with the attendant who had been appointed by the chief of staff to look after Daniel, Hananiah, Mishael, and Azariah. “Please test us for ten days on a diet of vegetables and water,” Daniel said. “At the end of the ten days, see how we look compared to the other young men who are eating the king’s food. Then make your decision in light of what you see.” The attendant agreed to Daniel’s suggestion and tested them for ten days.
At the end of the ten days, Daniel and his three friends looked healthier and better nourished than the young men who had been eating the food assigned by the king. So after that, the attendant fed them only vegetables instead of the food and wine provided for the others.
God gave these four young men an unusual aptitude for understanding every aspect of literature and wisdom. And God gave Daniel the special ability to interpret the meanings of visions and dreams.

It’s not about being vegan or vegetarian, but about choosing to nurture your body with healthier options. These four men, chose to do just that. Filling their bodies with vegetables and water, rather than the delicacies of the King, everybody was able to see the difference. They were stronger, they were healthier. They too needed God’s help.

Receiving More Than You Let Go Of

What’s a few broken habits compared to great overall health and endurance? Which one is more important to you?

In verse 17 you can see that ridding themselves of such foods opened up their hearts for what God had for them. Those four men were given favor and a place in the royal service.

In other words, when you are freeing yourself of all things that are harming you, you are given so much more. Health. Life. Motivation. Wisdom and so much more. To me that means more than what my flesh craves.

Ultimately the choice is ours. Sometimes it comes when we have had enough. Tired of being tired. Tired of feeling sick all the time. Tired of being overweight. Just tired. It was my breaking point that led me to asking God for help. I haven’t regretted it.

I know that I want to be a mother. I am preparing my body for that day. I plan on being there for them. I plan on having a lot of energy for them… (I am smiling as I type that.) Thinking of that just makes me so happy.

What or who in your life deserves a better and healthier version of you?

All you have to do is ask for help and chains will begin to fall off and you will begin to see your life transform before your eyes. 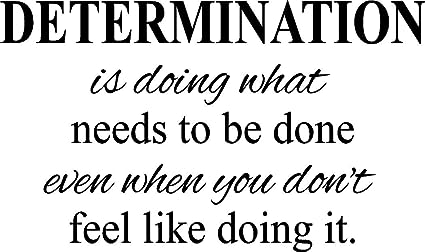 “You can have confidence in the midst of the transition. You can look at yourself in the mirror and finally love the person staring back at you.”